Eye-catching, quirky branding that looks just as good in the supermarket as it does on a mobile device. I used bold colours, whimsical details and floating fruit graphics to create a playful visual identity that is echoed in the brand’s Wordpress website.

Expanding the brand across Europe

Having started selling at markets in London, LAPP wanted to expand their reach across events, cafes and bars across Europe. They were also planning on selling in supermarkets for the first time – appealing to a larger market while keeping the fun, quirky character of the brand.

Since LAPP is a female led brand aimed towards young, trend conscious adults, the branding had to be bold, eye-catching and super fun.

First of all, we refreshed the logo. Since eating a Poptail is all to do with the mouth, I recreated the primary logo to mimic the shape of lips. We found that lots of people tended to ask what a Poptail was, so I created a secondary logo to be used where it wouldn’t always be obvious that LAPP was a sorbet brand, for example on posters or merchandise. It also adds that retro touch, which is at the heart of the LAPP brand.

LAPP wanted to keep the colours and fonts from their original branding, so I worked with these and only altered them slightly, bringing out more of the pinks, light blues and oranges to streamline the identity.

A website that reflects the quirky spirit of Poptails

The LAPP website needed to inform potential stockists and event clients what the brand is about. I designed a website that would demonstrate the brand’s exciting, cool spirit and the quirky character of a Poptail. I wanted to combine playful aspects such as floating fruit (which act like stickers around the site) with striking photography in the product sections making you really want to engage with the content and truly reflect the feeling of the brand.

Since a large amount of LAPP’s website traffic comes from social media, it was essential that the website looks just as good on mobile devices as it does on desktop.

Packaging patterns for each Poptail’s personality

Part of the relaunch included 3 new Poptails, each one catering for different atmospheres, moods and tastes. I illustrated patterns which were designed to evoke the taste of each Poptail.

The Green Poptail is the healthiest choice of Poptail. Organic and non-alcoholic, the design needed to reflect clean eating and be super green! I created this pastel pattern, with the whites reflecting the clean ingredients and the punch of dark green bringing depth to the layers.

The grapefruit, orange and whisky in this Poptail mean it’s typically a more masculine taste, which you can imagine in a sophisticated cocktail bar. I incorporated smooth, orange lines and tones to reflect the whisky and terrazzo textures to mimic a cocktail bar. The deep navy brings out the orange and creates the more masculine, nighttime aesthetic.

As a classic Italian cocktail, the Spritz colours needed to reflect the feeling of being in the mediterranean, by the sea, sipping your cold cocktail. I created a Poptail pattern that looks exactly like the drink it’s inspired by, ready to be enjoyed on those summer nights!

The visual refresh and packaging designs I created for LAPP played a major role in transforming the brand from a London festival favourite into a European wide party essential. They are selling more Poptails than ever before, and are stocked in major supermarkets, food stores and bars in the UK, France, Netherlands and Spain.

Next Project →Make Do Market 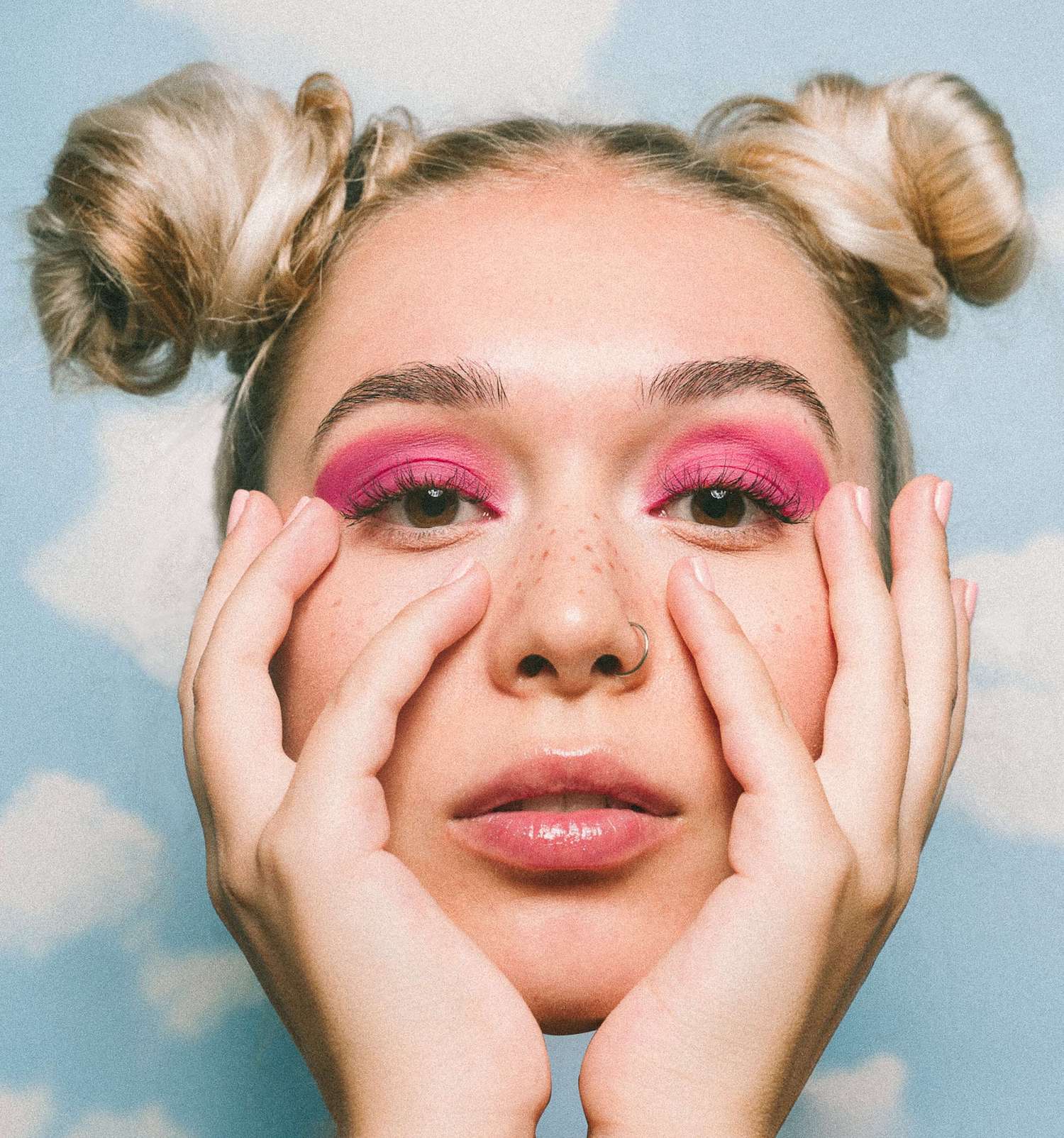 that boosts sales and always

I've been super busy over at @lunatemplates design

A project for a fictional skincare brand from last

I thought it was about time I shared some client w

✨I've had a glow up! And you may have already no

I've been super busy over at @lunatemplates design

A project for a fictional skincare brand from last

I thought it was about time I shared some client w